Don Fulano Takes Home the Award For The Best Tequila

The Don Fulano Imperial Tequila won the award for the Tequila Of The Year and a Gold Medal at the 5th edition of the London Spirits Competition.

The 2022 London Spirits Competition took place last week and the results are already out! A competition where all the spirits are judged on the basis of 3 aspects: quality, value, and packaging. To become a winner, a spirit must showcase excellent standards on all the 3 mentioned criteria.

A wide spectrum of judges ranging including the country’s top bartenders and spirit buyers were present at the St Mary’s church in London’s Marylebone. These judges included representatives from prestigious restaurants, bars, and hotels such as the Ritz, Le Manoir, Gleneagles, The Goring, The Connaught, and Claridge's. The London Spirits Competition achieved new heights with a range of vodkas, gins, and whiskeys along with some interesting spirits that entered the competition. 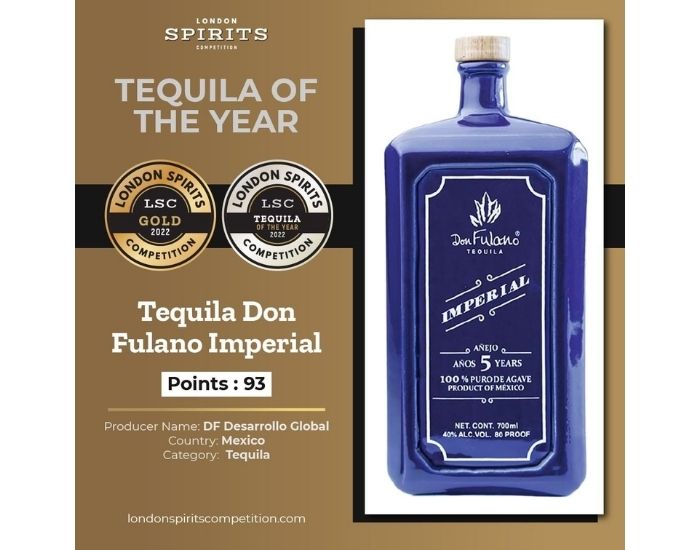 Don Fulano is the legacy of five generations of the Fonseca family, who now craft their 100% estate-grown agave tequila at the renowned La Tequilena distillery in the town of Tequila.

Imperial is the oldest spirit that Don Fulano produces. Exceptionally smooth and complex with a great combination of elegance and power. Abundant in fruit notes and spices like clove and nutmeg. Deep notes of maple and dark chocolate, tobacco, and a lavish aroma of black cherries frame its defined style. It is velvety and permanent in the mouth. 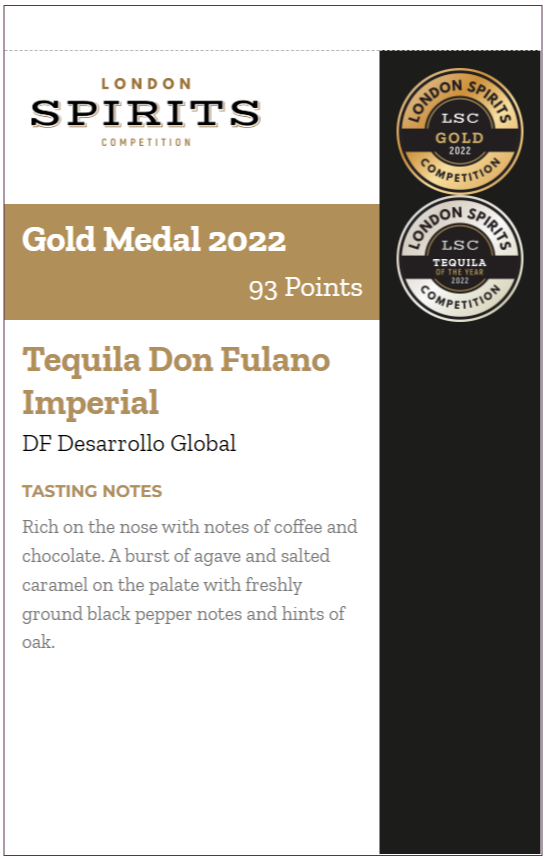 Salvatore Calabrese, bar owner and consultant to the bar industry; Gavio Riva, floor manager at the Hoxton; Diana Aladzic, head bartender at Soho House; Paolo Perrini, bartender at Claridge’s; Agostino Perrone, director of the mixology at the Connaught Hotel; and Daniele Azzaro, bartender at Rocco Forte Hotels – these are some of the judges at the 2022 London Spirits Competition which are highly regarded and well respected in the hospitality industry. “It’s a good system and produces a fair and balanced view via the averaging system and mix of judges that create the teams,” said Richard Dennis, sales director at Prosecco brand Della Vite, and formerly of Benchmark Drinks, who was a judge at the competition for the third year. 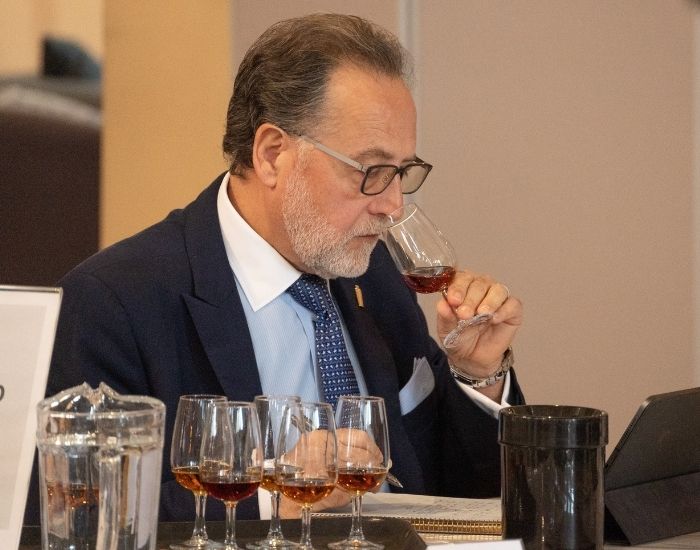 Judged on three key aspects – quality, value, and packaging, which is scored on a 100-point scale. Spirits that score 90 plus points are awarded a Gold medal while those spirits that get 76 – 89 points receive a Silver. For spirits that score between 65 and 75 points, the bronze medal is awarded.

The London Spirits Competition is an international spirits competition organized by Beverage Trade Network. The competition looks to recognize, reward, and help promote brands that have successfully been created to tick all the boxes - quality, value, and packaging.

2023 Submissions are now open. You can register your brands now to save £75 per entry with super early bird pricing.

Get The Most Insightful Articles From LSC

You will get the most valuable pieces of insightful content.

Thank you for subscribing.